Forty years ago, Many people have never known what peptide is, and the average frequency of petpides entering clinical therapy was just over one per year. What is peptide? The answer is peptide is a chemical compound which contains two and more amino acids sequences that are coupled by a peptide bond. It is classified by the number of amino acid residues. We can call peptides even though those molecules contains from 10 to 50 amino acids. If it consists more than 50 amino acids are called protein. Now, 60 peptides drugs are approved, 140 peptides candidates are used in the clinic and another 500-600 in pre-clinical development. Half of the peptides are indicated in metabolic, infectious diseases, and oncology. For many years ago, peptides were used to treat hormonal lesions and later hormone -dependent cancer. It has also some side effects but it is related to dosage or local reactions at the injection site.
Moreover, peptides were expensive and complicated pharmaceuticals to produce because of their chemical structure.

Did you used to know about peptide manufacturing? There is a minded of both the pharmaceutical industry and its contract manufacturers to consider production scales of multi-100 kg and even tons using both solid- and solution-phase synthetic strategies.
The new technology thought to make “peptide chemistry” as a strategy for manufacturing peptides. The industry produce peptides drugs which could not be orally administered only. It means that we manufacture only injection form which would find patient acceptability and compliance. In addition, there are two reasons that recombinant technology as a tool for manufacturing peptides has not made the chemical synthesis of peptides useless. Those reasons are:

1 . It has to make with the nature of recombinant technology itself. This processing needs substantial design and development before clinical manufacturing lots become available.

2. Chemical synthesis is still the producing procedure of choice for peptides has to do with changes in the peptide producing industry. 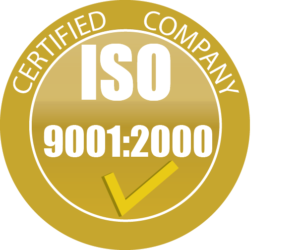 KHAMER PHARMA are equipped and linked with standard, high-tech, and updated manufacturing procedures which includes approved and certificated Good Manufacturing Practice (GMP) standard, ISO 9001-2000, and Cambodia Ministry of Health licenses from Food and Drug Administration (FDA). We want to show you how to produce peptide to get high quality and its many advantages that we can expect from peptide therapeutic in the future.

The manufacturers face with many peptides production issues for challenging. The most challenging issues must be finding the correct balance between benefit and due diligence. Moreover, it should to define what level of peptide impurities can be present in peptide therapeutics. To produce a higher quality product, it should be added to the cost of goods, possibly to the point where an effective drug loses its economic viability.
The different drug substances can be divided from different salt forms of a peptide which influenced the solubility and stability of peptides, and it will be changed from one to another form that may be challenging. The initial choice of counterion may be disadvantageous for large scale manufacture.
The cost of solid phase manufacturing is decreased remarkable in the last 15 years because of the cost of raw materials and economy of scale, and the technical improvements in chromatographic equipment and media. It is unbelievable that solid phase chemistry approaches are faster and cheaper for producing at up to a multi-10 kg or 100-kg scale and are more suited to early stage clinical development.
Many new amino acid derivatives, and reagents will be increased by many new strategies for coupling pepitde fragments. This new strategies may contribute to the territory of pharmaceutical manufacture of peptides without the risk of uncontrollable impurity profiles.
Bio-organic chemistry, peptide chemistry , recombinant fermentation, and enzymatic synthesis will mix and overrun to become one set of tools for the design of large scale manufacturing process rather than being different branches of contract manufacturing.

The only facts we know for sure are peptide therapeutics are continuing to grow and secure for their foreseeable future. As experience with peptides increasing, we would hope that the regulatory directives will provide more guidance to industry as to how specifications for impurity limits should be set.